QUADRUPLE UPDATE. IT'S SO INTENSE.

Yeah, sorry about the delay. It was a pain in the ass finding the Psyche-Lock sprites.

When is this gonna be continued? Meerper12 wrote:When is this gonna be continued?

When my life duly gets itself in order.

Yep, getting a move on with this yet again now. There will probably be an upload of multiple comics tomorrow, as well.

So yeah, I promised you a comic a week ago, but because that comic had hardly any content in it I decided to make it a double, and then I kept not getting around to the second one and blah blah blah. So, to make up for it, I posted 5 NEW COMICS today. Hell yeah progress. So anyway, comics 64# through #68 are up.

Because we're finally getting to a scene that I've been waiting to get to for ages, the next one will probably come out soon. 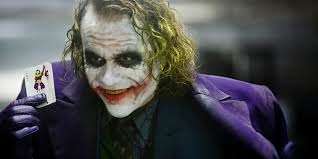 And man, I have been waiting for this moment for a while.

Fantastic! I hope you also make an AAO version of this series. It's really entertaining.

enigma wrote:Fantastic! I hope you also make an AAO version of this series. It's really entertaining.

Way ahead of you. I've long since been working on it.

I just read through everything, and noticed that, at least to me, the pages named 'Harry's Domain', 'Insecure Security' and 'A New Challanger Appears' aren't working.