Hi everyone! I open this topic to talk about a few of your preferred games and everything about them!

For me in any case:


Spoiler : Ace Attorney Trilogy :
This game as everyone knows, it is just beautiful and the story is just superb.
Spoiler : Mario and Luigi: Partners in Time :
It's just too cool to play both versions of the two brothers!
Spoiler : The walking Dead :
Simply because I love the people, the choices, the various purposes! It is a great game !
Spoiler : Mystery Case Files: Dire Grove :
It is just a game with riddles all the time! Game great done well without bug, just excellent !
Spoiler : Ghost Trick: Phantom Detective :
My game favorites of year 2011. With his breathtaking story and its personnages with them charismas, excellent and sad!

That's it for me, and what are your favorite games??? -Kirby
-The Legend of Zelda
-Super Mario Bros
I'll post more when I think about them.
I do not own these avatars/pictures all rights go to MapleStory.
Top

Me or Clio Spade ?

Some of my favourite games:
-Portal 2
I think that Portal 2 is one of the best 3D puzzle games of all time, if not one of the best puzzle games ever made period. It has a perfect atmosphere, a perfect difficulty curve, good graphics, the Source engine is put to great usage, it's just perfect. The fact that it works perfectly well as a standalone game (that is, you don't necessarily have to have played the original Portal to understand the story) makes it more accessible.
(Was this meant to be reviews or just a list of fav games?)
-Five Nights At Freddy's series
(debates incoming) I don't play many horror games, but the FNAF games have a unique atmosphere not present in other horror games. Whereas games such as House of the Dead and Resident Evil have you actively fighting the evil trying to kill you, in this game you have no active defence; the terror IS going to confront you sooner or later, ramping up the tension. The fact that said evil manifests in the form of creepy animatronics just adds to that.
-Garry's Mod
A must-have for every Steam account. The amount of fan-made content and addons for this game is just astounding (in fact, they ARE the game; the base game has almost nothing to do). I mean, what other games allow Fluttershy to shoot a terrorist in the face with a shotgun in the world of Minecraft?
this signature has been left as it was when I left the forum for archival purposes
Currently watching:
Steven Universe
Currently playing:
Currently reading:

Ignoring the Ace Attorney series for obvious reasons, these are my favourites. I'll limit myself to five games. Deus Ex
Okay, so the original Deus Ex has aged horribly and suffers from incredibly bad graphics and worse acting. Were it not for that disclaimer I could confidently call it the best game ever made, bar none. Considering how easy it is to go wrong with player freedom in gaming, Deus Ex handles it masterfully by giving you all manner of choices in terms of how you play, but letting your choices detract from the other options. When you specialize in one skill set, that's the one you're going to have to work with. It creates a far better gameplay experience by forcing you to play intelligently.

Considering that JC Denton has a canon excuse for being able to take far more damage than anyone else in the game, it's genuinely impressive how easy he is to kill - the difficulty is surprisingly realistic. You can't just stand there taking down enemies like they're nothing, you have to be tactical and pick them off while dodging, taking cover, or hiding.

Combine incredibly engaging and challenging gameplay with a tense political thriller of a story, and you've got this masterpiece.
Spoiler : : 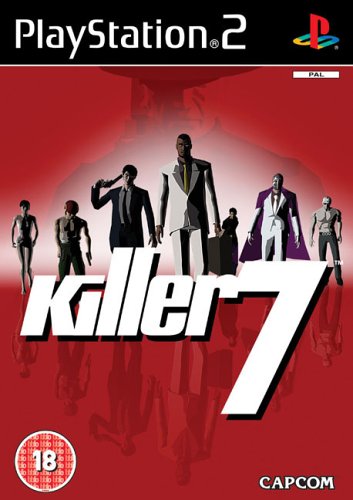 Killer7
Killer7 is like the end result of David Lynch and Quentin Tarantino doing acid whilst watching Excel Saga, and deciding to make a game.

You play as hitman Harman Smith, who has seven split personalities, each with their own backstory and gameplay style. Each of these personalities were individual humans in the past prior to their deaths, and explaining the specifics of that would take a thesis - which, helpfully, someone has actually written.

The entire game is stream-of-consciousness, and full of international conspiracies, unreliable narrators, unexplained supernatural phenomena, and a whole plethora of other factors that make it a confusing and disorienting mess, in the best way possible. Figuring out just what the hell is going on is half the appeal.

Its cutscenes are cinematic in tone, and often incredibly disturbing - killer7 really doesn't pull its punches. Considering the content rules on AAO, really can't begin to describe it - but I will link you this scene, under the disclaimer that it is INCREDIBLY DISTURBING and you should not click it if you are under the age of 18 or weak of stomach.

There's no description that can really do justice to killer7, because there is simply no other game like it. Creator Suda51 is known for creating very bizarre videogames, and killer7 is the most bizarre he's ever been.
Spoiler : : 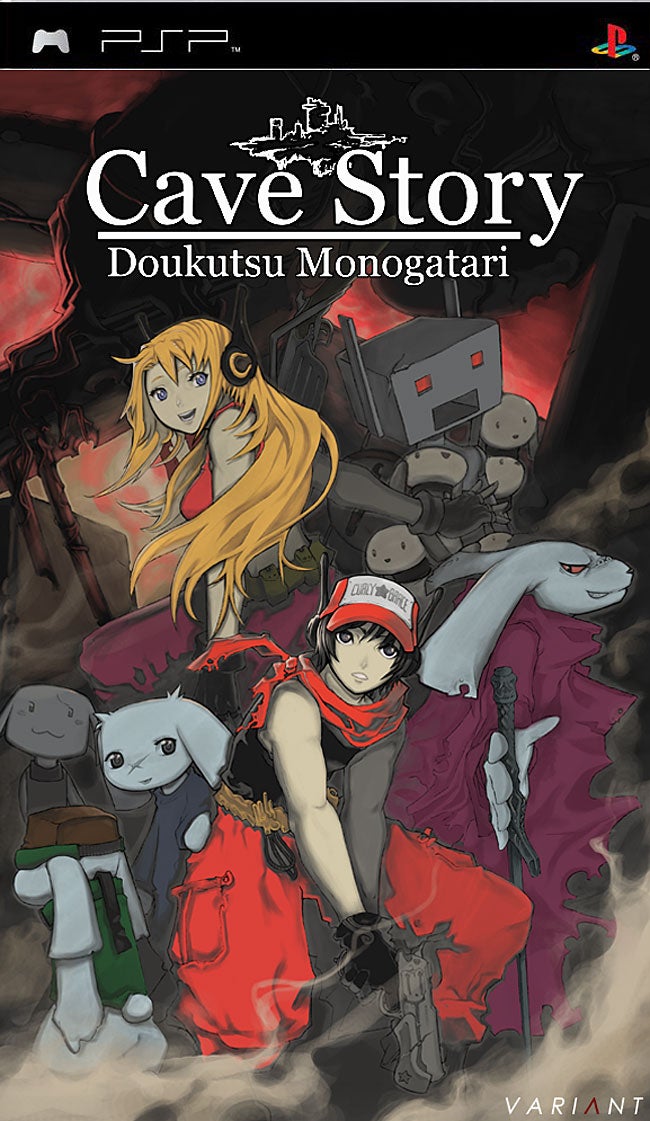 Cave Story
Cave Story, along with maybe one other game, stands at the top of the platformer genre.

Created in retro style, designed to look look something you'd see on the SNES or something, Cave Story has you guide Quote, an amnesiac robot, through a collection of caves in a floating island, whilst trying to recover his memories. As the game goes on, you become entangled in the plight of the Mimigas, a collection of rabbit-like creatures, who are under attack by a megalomaniacal scientist known only as The Doctor (no, not that one). Soon, your quest to save the Mimigas and your quest to recover your memory become on and the same.

What makes Cave Story notable (besides that the original PC version is free, which means YOU HAVE NO EXCUSE TO NOT PLAY IT) comes down to the interesting player options that are so easy to miss that it's easy to go the whole game without realizing they were there. Passing up certain weapons can lead to other, arguably better weapons later on - some of which are needed for major story events later on. Getting the true ending can only be achieved through a number of unexpected, minor gameplay choices.

That, and the gameplay is simple and effective, but not lacking in challenge (especially if you're going for the True Ending, which involves the most ludicrously difficult level I've ever played).
Spoiler : : Psychonauts
That "maybe one other" platformer game I mentioned is Psychonauts.

While the actual gameplay of Psychonauts isn't quite as good as Cave Story, it makes up for it with the most absurdly brilliant level design ever. Rather than your standard game levels - water level, snow level, forest level, etc., Psychonauts levels take place in the subconscious minds of its characters. This not only serves as a great means of characterizing its cast, but in creating brilliantly off-kilter maps - the best of which, no doubt, takes place in the mind of a paranoid conspiracy theorist.

Psychonauts also serves up a loveable cast of characters, and excellent comedic writing - more often than not opting for black comedy, juxtaposed by the deceptively cutesy, childish setting.
Spoiler : : 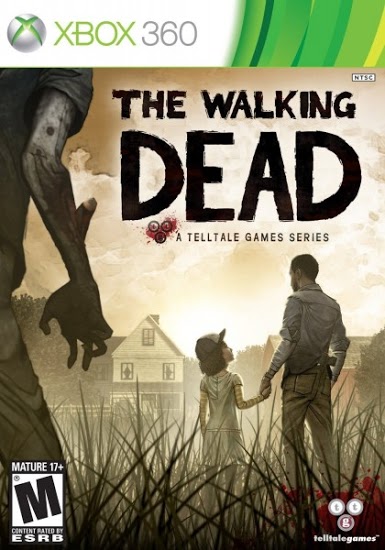 Interestingly, the game doesn't make Lee (the player character) out to be some kind of hyper-competent single factor in whether or not anything goes well. A lot of the time, your choices don't matter. You can save someone's life only to have them die further down the line. Or it's possible that, no matter which choice you took, it would have backfired either way.

But what The Walking Dead takes advantage of is that you, the player, are responsible for these actions. That these were moral choices that YOU made. Many times, you have to make these choices in a mere second, giving you little time to think and forcing you to act on emotion - and sometimes, the results are ugly. The game WILL hold you accountable.

Even the final boss is simply someone who was screwed over by your team, by a minor choice that you may or may not have had a part in, in a decision that happened early on that you probably already forgot about. Someone who knows everything about what you did, and about the horrible choices you made. The end of the game isn't some bombastic victory - it's you being hit with the consequences of everything you've done wrong.

This is how interactive gameplay should be done.

Ah! Me too, The Walking Dead is a member of my favorite games !

Detroit: Become Human and Minecraft are a couple of my favorites. Also, Ace Attorney, Wii Sports and Wii Sports Resort, Wizard101 and Pirate101, Destiny 2 and 3, Undertale and Deltarune, Skyrim and The Elder Scrolls Online, and, hate me, Mario Tennis: Ultra Smash.
Top

Some of my favorite games are :

The Last of Us

Some of the open world games

Re: Your Favorite Video Games 2