The MotM is an interview that the team does at the end of each month. It's a fun way of finding out about respected members of the community.

Favorite scientist?
"A slow sort of country!" said the Queen. "Now, here, you see, it takes all the running you can do, to keep in the same place. If you want to get somewhere else, you must run at least twice as fast as that!"

Since Dio was asking in Xat:

enigma wrote:What is love?
Love backwards is Evol.
Without me, is there anime?
Anime. Backwards is "ina". Evol+ina=Evolina.
When Good is no more... What is left?
Something without good is evil.
Do you understand? Inside Alpha does that darkness curl...
That darkness refers to the answer of the last question: evil. Inside Alpha. Alpha=A. Evil in A. Evolina.
HARK! I trust you not! I shall not let your wicked hommunculi entrap me!
Hommunculi are fake humans. Like sprites!
DESPAIR! DESPAIR! OH CRY OUT DESPAIR!
Evo is a DRRP2 GM.
And the blood on the floor tells me that it is but the paint of a new age...
Blood on the floor is a reference to DRRP2's first murder, which had quite a bit of blood spilled on the floor. Paint of a new age refers to making the character cards for DRRP2.
And what is less than that which we desire? Which we chase? The digits form constellations, but they are too high.
Evo has complained about the "framecount chasing" culture of AAO, before. Also! They've suggested >1000 frames as a comp theme a few times now.
Fight the darkness! Sparkle sarcastically in the time between day and night!
Referring to "Da First Vampyre Turnabout" and SPARKLY VAMPIRES.
Do you understand? I do not belong to you, but you to me. And you shall live forever.
You to me = Mine/My. Live forever = Immortal. A reference to the fanfic that Da First Vampyre is parodying.
He was a great man, and sat upon your desk. But you are but a fraud cowering behind your wooden shield!
Phoenix Wright sits upon the protags bench in Dilemna. Wooden shield=bench and the rest's meaning is Tdilemna spoilers.
34 YEARS! AND ONLY THE RIPEST FRUIT SHALL SET US FREE!
34!!! Miyo! MIYO TAKANO! Ripest fruit is BANANAS by the way. And to be free is TO ESCAPE. BANANA ESCAPE~!
Believe. For though they are but the improved clones of those we know and love, their lives are rich and full of energy.
Evo employs a tracing technique for some of her sprites.
The inked paper is mightier than that which spawned the world, and that which twists and turns.
Evo reads the manga (inked paper) of Higurashi rather than the VN (that which spawned the world) or watching the anime (that twists and turns, being animated and whatnot).
Do you understand? She screamed atop the great bridge as the murderer fell into the depths of hell.
Higurashi reference. Satoko; Arc 3.
Oh why! Oh great despair! How darest that which I would trust for false light,
That which I would trust for false light = Flashlight
stain this world with blood and crime!
THE FLASHLIGHT IS THE KILLER!
And thus... The ice queen rends this world to dust, in HUGHES of the NAITOU who stood to BANish our foes.
Ice Queen is Kira Winters.
Goodnight, and may your dungeon one day surface.
Dungeon one day surface = PMDRP finally be made.
-Reading from the book of Moon
book of MOON = Luna = Evolina deLUNA

About time, I'd say. One of the best spriters on the site. 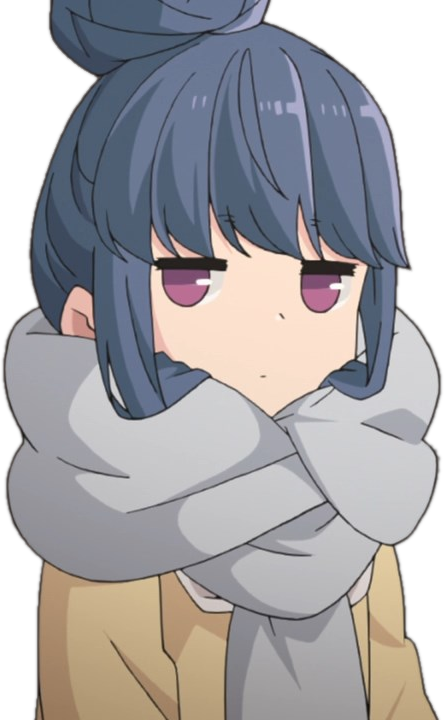 Favorite Kindaichi case?
"With good friends by your side, anything is possible. If you really care for each other, it makes everyone stronger! Then you'll have the will to succeed! The world is filled with painful things, it's sad sometimes, and you won't be able to handle it by yourself. But just know: If there's someone that you love, you'll stay on the right path. And you won't ever give in! As long as you keep that person in your heart, you'll keep getting back up. Understand? That's why a Hero never loses!" Return to Member of the Month