Breaking Bad is a show that was created in 2008 and finished in 2013. The show centers around Walter White, an average high school chemistry teacher whose life turns around when he's diagnosed with terminal lung cancer. With nothing to lose, he turns to one of his former students and begins making crystal meth. As he gets deeper and deeper into the meth business, he realises that there is no way out.
The show has been critically acclaimed and is regarded as one of the greatest television shows of all time.
But you probably already knew that.
I love this show and I am currently in the process of rewatching it from the start (although I never finished the show; I got to Season 4 then stopped.)

yes I know there was already a thread about this but it's two years old and only had 1 post so yeah
Currently watching:
Steven Universe
Currently playing:
Currently reading:

HOW COME BREAKING BAD'S THREAD HAS ONLY 2 REPLIES, WHEREAS MLP: FIM HAS OVER 137 PAGES OF ANSWERS??

Sorry, just had to come out and rant.

Hank Schrader is forever doomed to play cop, no matter which series he goes.

PS: I want a Hank & Gomie cameo in any tv series.
Avatar by Kristin Ridgley

(oops, are there any rules against necroposting? sorry anyway.) 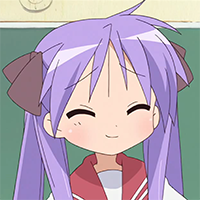 Don't worry: if there were, all active users on this forum would go banned.
Avatar by Kristin Ridgley