Post about any bugs or other issues that you find on AAO. 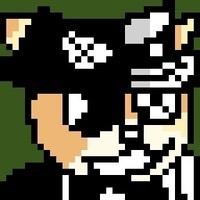 I made a test case attempting to copy the same frame formatting to see if I could replicate it and see what was wrong… but lo and behold, I found another bug. As soon as I tried adding a frame on “examining something else”, it was duplicated into 4 frames. I could edit them individually but deleting one would delete the rest. Adding it back in would repeat the same bug again. Every frame after that within the same examining dialogue segment would repeat the same bug but mix up the order.

The trial link only showcases the second bug since it was originally meant to reproduce the first bug until it showed up. I’m not sure what caused the first bug to occur and this bug could potentially affect how the bug is reproduced.
I am Banned
Top

Update on the first bug: When I playtested the segment where the bug occurred, the game wouldn’t go any further and just stops there. Upon seeing this, I looked back in the editor and deleted the text I made. Doing so made the frame work normally. When I put it back, the frame broke again.
I am Banned
Top

The first bug is a matter of not typing a color change tag correctly, and the trial player not knowing how to parse it. To make this clearer, I'll try to have an error message pop up, explaining the issue.

The second bug can't be reproduced.
[D]isordered speech is not so much injury to the lips that give it forth, as to the disproportion and incoherence of things in themselves, so negligently expressed. ~ Ben Jonson
Top I've had the second bug occur randomly before, and if I remember correctly, it goes away when you refresh. The "extra frames" are not real and don't save.