What is this case?
In the Prism Hotel Murder Case, you follow the attempts of a genius detective called Conan to solve a bizarre and seemingly impossible murder at the Prism Hotel. This case is strictly an investigation. You will gather evidence, interview witnesses, clash theories with other detectives, and find the truth. It will feel like you're playing through a Detective Conan/Case Closed episode.

Does this case contain any Spoilers?
It is being written to avoid spoilers, but depending on individual sensitivity, some things could be seen as minor spoilers for the following properties:
Spoiler : List of included properties :
Umineko: When They Cry (Question Arcs)
Detective Conan/Case Closed
Supernatural Detective Nougami Neuro
In most cases, however, nothing is spoiled beyond the core premise of each series.

I don't know any of these characters. Can I still enjoy this?
I'd love it if you did. My focus is first and foremost on writing a compelling mystery. The formula of Detective Conan lends itself extremely well to just jumping right in at any point, and this case is meant to mirror that formula as closely as possible. Even if you don't normally enjoy crossovers, I'd encourage people to give this one a shot. Of course, familiarity with the characters will just mean that you get even more out of it.
----------------------------------------------------------------------
I started working on this case at the beginning of the year, although I stopped for a while to work on The Poisonous Turnabout, you can still say there's about a year of work put into this. The demo goes until the crime is revealed (it's about 20 minutes long), so the actual investigation proper is still not completed yet, although I do already have the mystery fully planned out, so I'd love to hear people's speculations and see if anyone can guess the truth with the little information shown so far.

Just be aware that tone-wise, this is essentially not an Ace Attorney game. There's a bit less of a focus on humor (although it's not devoid entirely), and it will be significantly more Japanese in feel, as I wanted to preserve the characters' manners of speaking. (Apologies in advance if that ends up being irksome to some people.) I'd recommend going in with fresh expectations. Also, be aware that there is a fair bit of optional dialogue. Things that are absolutely necessary for solving the mystery will of course be mandatory, but excessively curious players might end up rewarded with additional clues.

Well I'll say, Umineko? Conan? Neuro?
Sounds like it was made for me, so I'll be following this with great interest.

I checked out the demo and can say that you really captured that Conan episode feel so far. It even lasted roughly 20 minutes.
The sprites are a bit of a mad mix of styles, but that's to be expected in something like this.
My trials: Judgement Seekers, One Hell of a Turnabout, Turnabout of Courage, Turnabout Pairs, Two Sides of the Same Turnabout, The Deceived Man, The Best Most Epic Turnabout, Curiosity of a Turnabout
Top As a fan of Conan, this really interests me. I really want to play the rest of the game. I'll wait for it!
Top 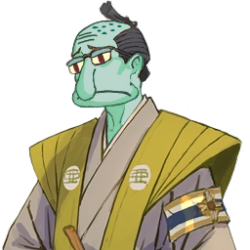 Spoiler : :
The part where Conan and the others discovered Iri's body kinda scare me.

Return to “Your Trials”