My unpopular opinion is that Trials and Tribulations is the worse game in the trilogy. I got bored of so much Dahila in nearly all the cases, I know the idea was she kept not being brought to justice but I lost interest in it and the characters were not as memorable to me. I did LOVE how you got to play as Mia and the bit with Edgeworth and Franziska is just my everything because they are my favorite characters, but I still didn't enjoy the third game as much as the first two, even the cases where Dahila wasn't there were just not as good in my mind. I know most people say it is the best but to me it is the worse one, just not a fan.
Top

also not so much an unpopular opinion as a confession - I still haven't finished Dual Destinies or even started Spirit of Justice
haven't finished either of the Investigations games either
this signature has been left as it was when I left the forum for archival purposes
Currently watching:
Steven Universe
Currently playing:
Currently reading:

I agree! I really liked Turnabout Big Top, and most certainly over Turnabout Serendade, that one was okay but not the same standard as other cases.
I have finished all the games but not keen on DD or SOJ, Though I prefered SOJ much more. They aren't quite the same as the older games. As for Investiagtions I have finished both, then again my favorites are Miles and Franziska so I just had to play it to see their interactions.
Top 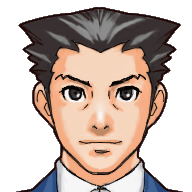 Okay, so... Apollo Justice: Ace Attorney is my favourite game of the franchise!

(I loved the Dahlia plot btw

Personally i didn't think apollo justice was the worst game In the franchise, I mean, it's not the best but

just a guy with a lot of ideas but who isn't very good at executing them.

THERE ARE MYSTERIES OTHER THAN LOCKED ROOMS, YOU GUYS. NOT EVERY CASE HAS TO BE A LOCKED ROOM MYSTERY.
Top
Post Reply
5 posts • Page 1 of 1